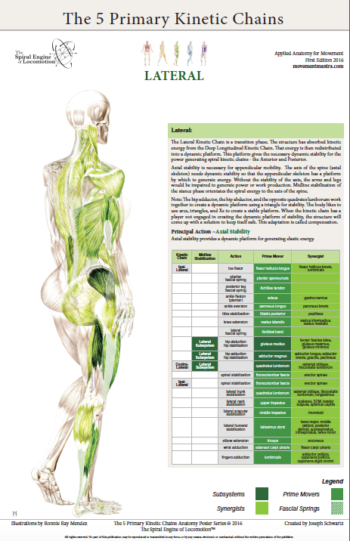 While manual muscle testing can be a powerful tool, movement is infinitely variable.  Because manual muscle testing attempts to put movement into a confined box with fixed positions, it has limitations. I have a problem with classical conventions that say “this movement is xyz muscle.”  Muscles do not work in isolation. Muscles work synergistically with bones, joints, ligaments, tendons, muscles, fascia, and skin. We can isolate movement; we cannot isolate structure.

The idea that if you put the body in a specific position you are testing xyz muscle is limiting. Some 15+ years ago I was seeing a Physical Therapist for a shoulder injury. My colleague brought out a two volume encyclopedia of manual muscle tests. Each muscle had three divisions. Each division had three positions: open, closed, and middle. That equates to nine possibilities to assess a particular muscle in the structure.

In the assessment process of DNA™, we take the process a step further. Instead of merely taking a “snap shot” of movement, we assess the complete “movie” of movement.

These three aspects of movement form a dynamic triangle that can respond to a changing environment. For example, the core subsystem in the Lateral Kinetic Chain creates a dynamic triangle that supports the pelvis/lumbar. The lateral hip stabilizers, adductors, and the opposite quadratus lumborum work together synergistically to maintain an upright axis of the spine when load bearing in the stance phase of gait.

Would you like to learn this paradigm shift in movement assessment? Please join us at a DNA™ seminar.